Fight back using the elements. Link orbs of the same element for a more effective attack. Linking orbs from different elements requires extra action points. However, your action point can be restored if you defeat your attacker. Before you continue your adventure take a look at your crew. This is where you can choose and mold your group of allies. After adding this ally to your crew, you can wield their elements in battle. Allies come from all over. Choose a companion to fight alongside your crew. The counter highlighted above helps you anticipate your opponent's next attack. Every time you make an attack, your opponent's counter goes down. That last attack reduced your health. Restore your health by linking the health orbs. 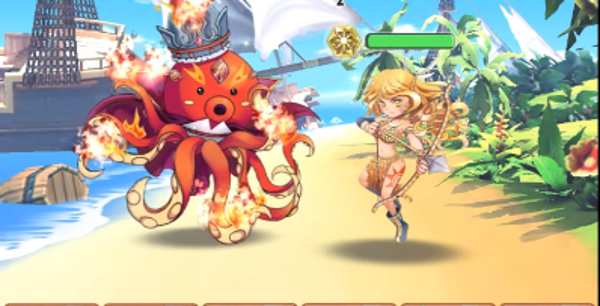 Marooned – the sands of this once tropical beach glow with an eerie light. So do the eyes of those dangerous and fuzzy creatures ahead. Sunstone monkey – monkeys used to play on the beach and cavort in the trees before the entropy came to Pondera. Link six or more orbs of the same type to create a fever orb. The fever orb links all matching elemental orbs within your reach. Ascending to higher levels improves your stamina and the variety of allies you can use. Fuse your allies' cores to enhance your crew's leader. You never know which opponent could turn up next! Build a crew using all the elements for the best battle results. 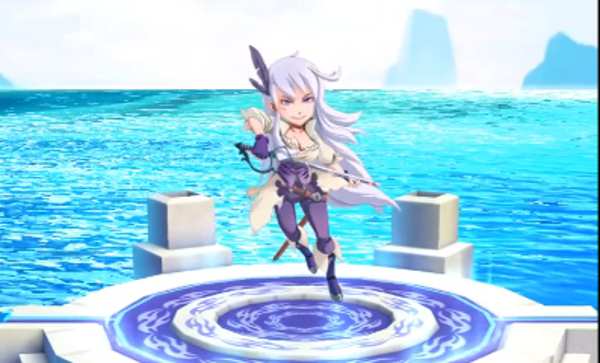 An alliance with a sun core will be strong against moon. Every ally has its value. Check the crew combo list in the options menu for new updates. Allies will join your adventure. Use the elite portal if you want to bring on the best. Choose the right orbs to attack your opponents. Every opponent has their own elemental core. Allies become rarer by evolving and completing quests. Absorb catalysts to enhance your allies and improve their strength. After fusing its core with others, this ally has absorbed more experience. Feel free to linger on an character's portrait in the hero list to learn more about them. To cancel an attack, slide your finger outside the orb zone. Using orbs against opponents with opposite elemental cores can change the outcome of a battle.