Hacked version, cheats codes - contact us: The United States of America (USA) New York City, 228 Park Ave S, NYC 10003-1502
Gaine’s great wolf spirit massively improves his damage. Time to take down the boss. When wraiths are defeated, they drop sparks. Sparks can be used to strengthen a masketeer. Open the masketeers tab and increase Cain’s levels. A new orb skill has been unlocked. You can now chain 2 orbs together for a stronger skill. Caine also gained a talent point from leveling up! Tap on character’s mask to access his talents.

Talent points are used to unlock talents. The amount is displayed here. Talents allow a Masketeer to unlock their full potential. Learn Caine’s damage boost talent now. Hero will gain a talent point the first time they reach a new level. Don’t forget to spend them!
Kois are the bearers of good fortune. When they appear, tap on them to receive various fortunes! 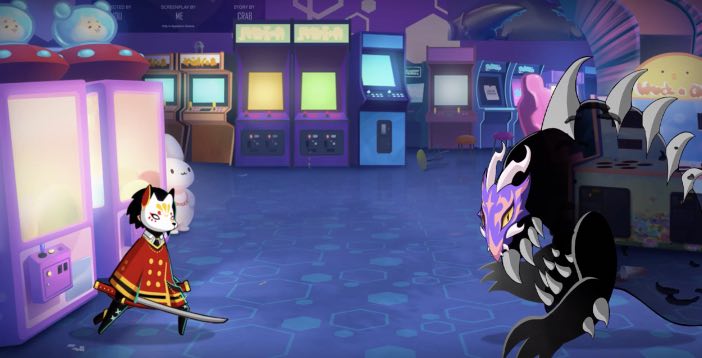 Characters: Pixie - Pixie’s mask appeared to grant her wit, so that her kind nature will no longer be taken advantage of. Ultimate: Pixie dust - increases all allies’ dodge chance by 40%. Their auto attacks steal 30$ sparks for 12 seconds.
Caine - his mask appears to him, granting him courage. He takes on the code name Caine to remind himself that he is the “son of warrior”. Every attack increases Caine’s critical chance by 3%. This bonus resets upon landing a critical hit.
Coro - Coro’s mask appeared to turn her despair into hope, so that she is motivated to move forward in the world she deems too cruel and imperfect. Ultimate - anthem of inspiration: increase all allies’ attack speed by 60%.