Mind palace:
Albert behaved strangely after returning form the sea. He was mad, violent, and spoke gibberish. He attacked the fishermen at their house as soon as he regained consciousness. When Albert became aggressive, Lewis, an Innsmouther fisherman, immediately started shooting at him.
The throgmortons and innsmouthers are in an ongoing feud.
There were three fishermen in the house when Albert woke up, but i've found only two of them. The fishermen suffered a sudden psychotic outbreak after Albert regained consciousness. As an Innsmouther, Lewis and his people suffered at the hands of the Throgmortons. That could be a reason to hate them. 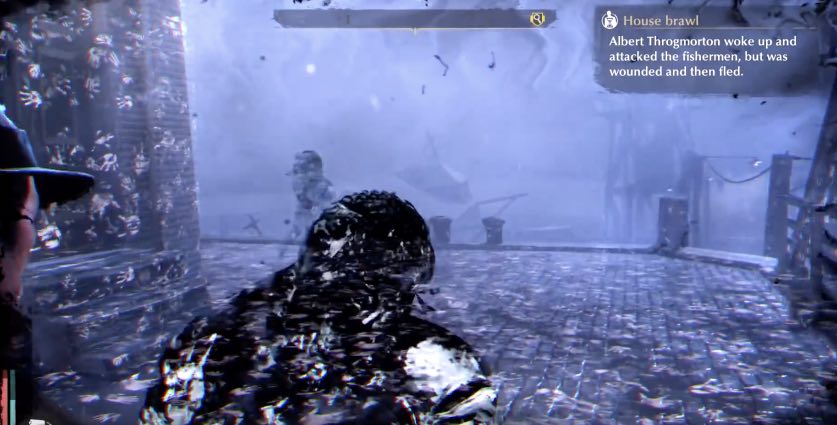 Hacked version, cheats codes - contact us: The United States of America (USA) New York City, 228 Park Ave S, NY 10003-1502
So, the fisherman pursued Albert. Even let off a few shots...Even though Albert was wounded, he managed to climb that high. Robert wasn't exaggerating when he said he raised him strong.
Find "Blood stained note":
Lewis, please, just give me one more week. I know i owe you, but i'm underwater like everyone else right now. I don't yet have enough stock to operate the bar smoothly with the fuzz snooping about the port.
But don't worry. i've struck a nice deal with the proper people, and should have a steady supply channel soon. Just one more week and i'll return everything with double interest. Peter.

One fatal round through the forehead. That's no accident. This was deliberate. The owner of a local bar in the port owes Lewis Flynn money. The innsmouther that killed Albert, may be hiding at the bar in Oakmont port.


Lewis killed Albert while under some sort of mental influence. He couldn't control his actions, and thus can't be blamed for Albert's death. I could try and cover for him, or else Robert Throgmorton will have his head. 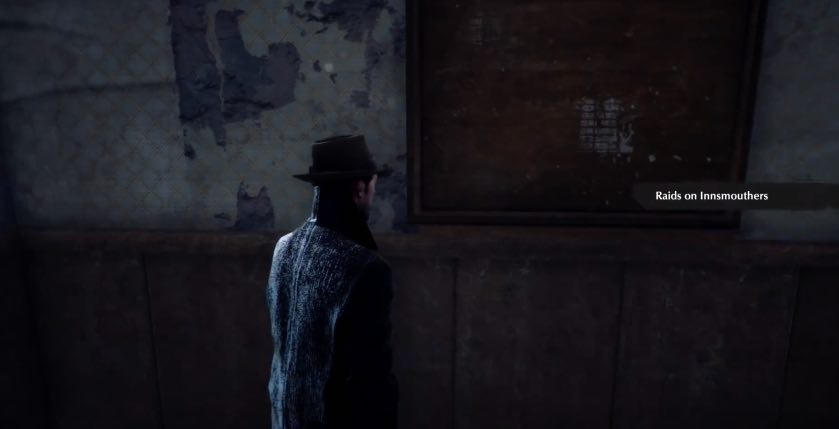 Hotel:
Raids on Innsmouthers (letter):
The number of attacks on the Innsmouth imigrants has increased. Raids are intensifying, with more and more Inssmouthers exposed to abuse and assault. Sometimes, whole families are found dead in their houses.
Police are on the case, with several illegal Innsmouther businesses captured and their owners sent to jail. "This city ought to have been cleaned of these fish face scum long ago", said Robert, head of the Throgmorton Grand family. "I regret only one thing - it all started too late. He had we not neglected our civic duties, my son Albert would still be here with us."

Gameplay letter (motel), note from J. van der Berg:
Mr. Reed, it seems that you overexerted yourself while conducting the investigation for Mr. Throgmorton. Forgive me for the audacity, but i brought you to the Devil's Reef while you were unconscious. Please, take more care of yourself in the future - i won't be there for you every time.

The key to the headquarters - Robert gave me a key to the expedition's headquarters. It is in northern Coverside at the crossroad of Asher Rd and Hubert Ave. Robert funded an expedition to discover the origin of the mass hysteria gripping Oakmont. The expedition was to explore the seabed near Oakmont.
Contact with the expedition was soon lost. Albert was the only known survivor. He was subsequently murdered.
I was hired to find any other expedition members, dead or alive. Thogmorton will be waiting for my report in his manor in southern Oldgrove.