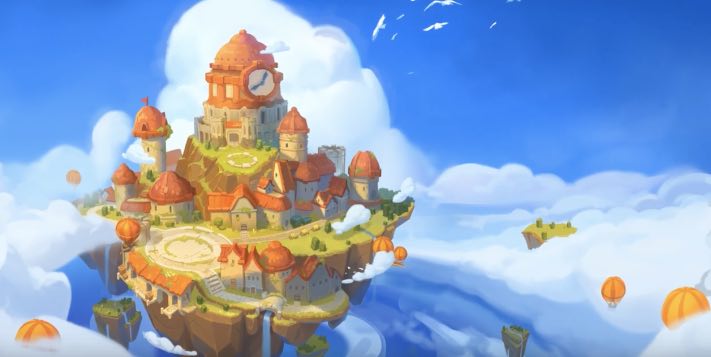 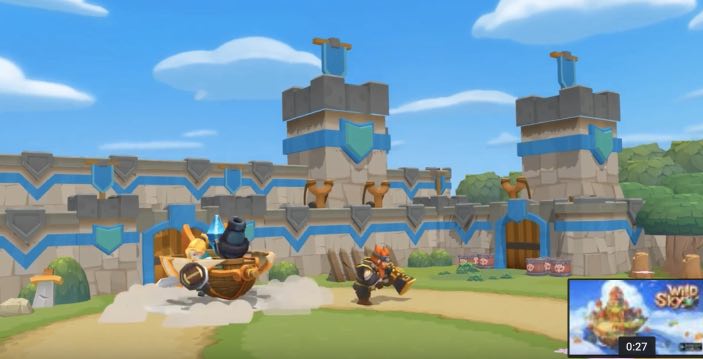 Hero fully charged! Tap skill icon to use heroic ability and show those creeps what for! Ambush or not, these creeps are no match for the royal Skyguard. We’re hardly making a dent in their numbers. Evacuate the townsfolk, i’ll draw warship away from the village.
Not time to worry now. As ye might’ve guessed by all these towers, there’s more creeps incoming. I found some extra gold in the ship, so let’s upgrade some towers. 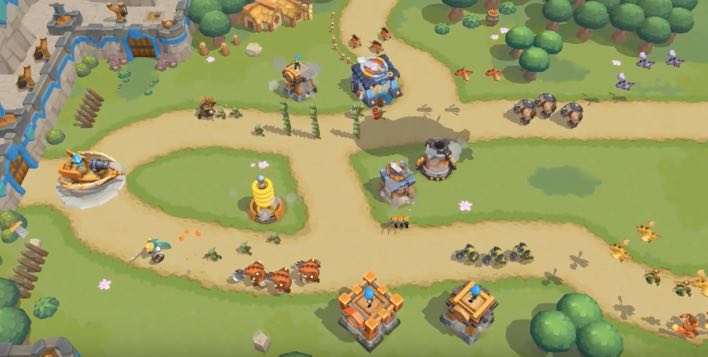 Now let’s get everyone into a more strategic position. Now that we’ve got the ship back, we can use it to cast spells! Time to bring out the big guns! Manner of speaking of course. Use bolt to blast away groups of creeps. Rank 2 towers can be upgraded to rank 3! Rank 3 towers gain access to powerful abilities. 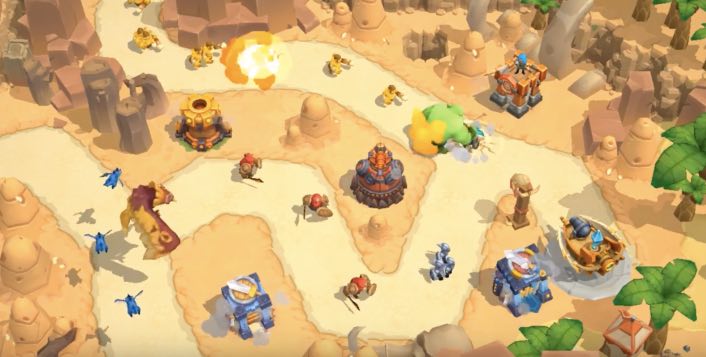 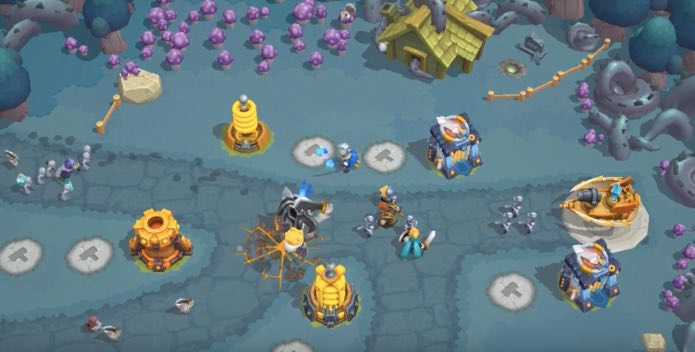 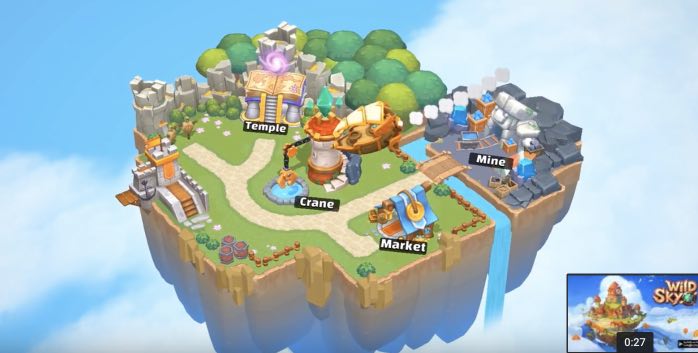